There are many different types of music in the world today. Why do we need music? Is the traditional music of a country more important than the International music that is heard everywhere nowadays?Please provide solution 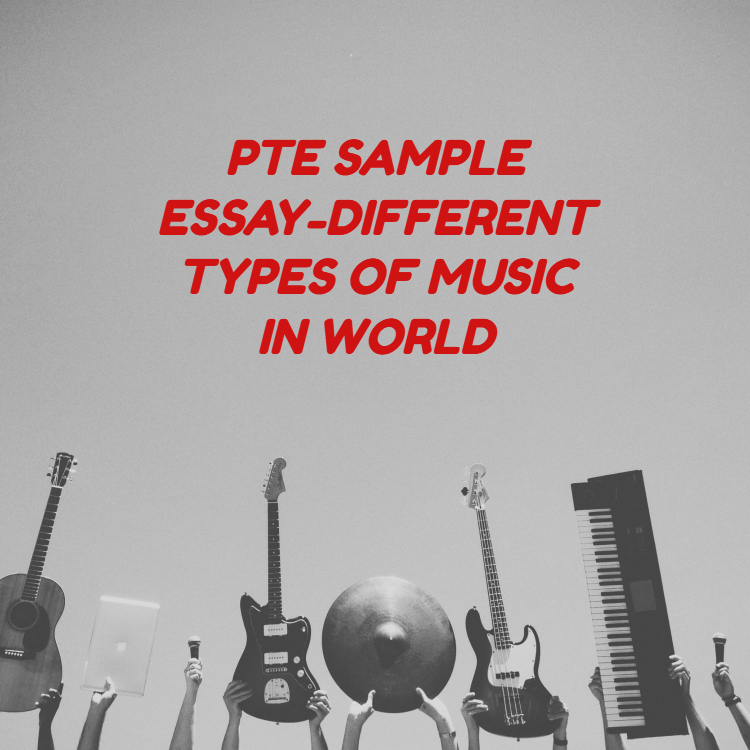 Where words fail, music speaks.It helps to tend a fatigued mind from any stress or pressure we go through in our daily lifestyle. It has been there with us right from the era of caves to the present scenario of live stages and theatres. No matter what the situation was, people have never stopped expressing their emotions and feelings through music. Many introverts who were unable to talk publicly, could radiate an entire wave of sentiments through their music. It is omnipresent, and it has an eternal relationship with humanity.

There are different kinds of music created and listened around the world. There is a variety of traditional or folk styles played among several regions. For example, Carnatic & Classical music is considered the traditional music of India & Pop comes from the west and hence considered International music.

PTE sample essay-working abroad has good or bad impacts on our cultural lives?

Many people prefer traditional music to international music as they believe the former connects them with their ethnicity and culture. It positively uplifts the spirits and represents their roots. E.g., Indian classical music recognised as a piece of melodic offering to Gods. It’s sacred and vast. Even in the same country, it has numerous styles and formats. Different communities render the same ragas in various forms but with the sole motto of inner peace and getting one with the music. On the contrary, International music just feeds the entertainment aspect of one’s taste. Despite having a global use and identification, people might lose their very own cultural identity if they merely follow the International style of music.

Nowadays, many artists are fusing multiple genres with several folk genres from around the world. This kind of experimental fusion not only creates a new variant but also keeps the folk music alive. No doubt, international music has its charm. But traditional music speaks for itself. The original notes and pauses in any piece of traditional music express every single detail of that culture. It defines the historical and geographical aspects associated with that culture. It is utmost important to keep these cultures alive for all to know or at least to live once in a lifetime. And what’s better than beautiful pieces of traditional music representing the cultural consciousness for several generations to come!

Polygamy has increased widely in recent years. What solutions can you bring forward to decrease this issue?
Animal rights are the most important. Discuss the advantages and disadvantages

Benefits and problems of studying and work related to old theater play in high schools .give your opinion with examples.