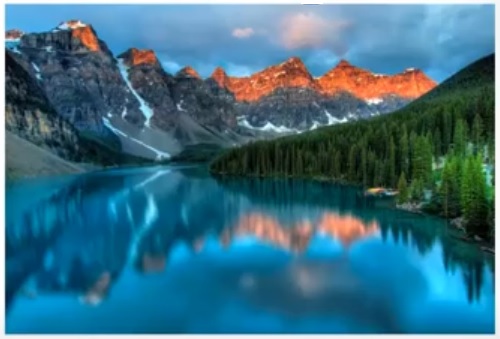 The image is a beautiful illustration of a clear blue lake surrounded by mountains in the background and a lush green forest on the right side. The shadows of the mountains, clouds, and trees can be seen in the clear lake water. The mountains are deep grey and orange with little snow on them. It looks like the photo has been taken by a professional photographer. The picture shows a teacher and some boys and girls in a classroom. The teacher is standing and facing the students who are seated on the chairs. He seems to be posing a question to the students. A student on the far right is raising his hand. It seems that he wants to answer the question. There is a big blackboard on the wall behind the teacher and
two bookcases on each side of the board. This image illustrates an urban/downtown area of a big city. A busy highway starts in the foreground and stretches far ahead towards a suspension bridge and tall buildings. The highway is built on a bridge as there are other low-lying roads with some traffic seen on its right side. There is also a lake running along the left side of the highway. Mostly, the image has dull grey shades and it looks like the photo has been taken in the daytime. This is a close-up image of three horses standing on a grassland. Only the faces or necks of the horses are visible. The horses on the left and right are brown while the one in the middle is black. They all have a tinge of white color on their faces. The cloudy sky and some trees can also be seen in the background. 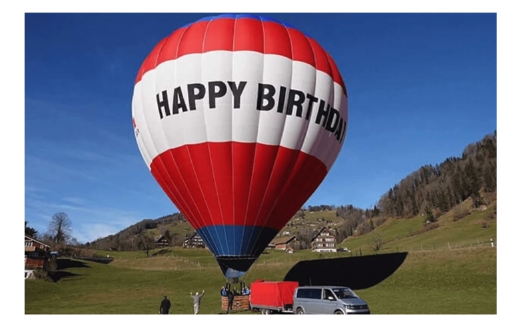 This photo is of a hot air balloon with happy birthday written in big bold letters on it. The balloon is blue, red, and white, and it is in a really beautiful green field with some trees on the right-hand side. There is a group of people in the basket and getting ready for lift-off. Three men are standing on the grass next to the balloon and it looks like they’re cheering the people in the basket. In the background, there are a few really old-fashioned wooden houses on the hill. Based on the landscape and the style of the houses, I think that this photo was taken in Europe. 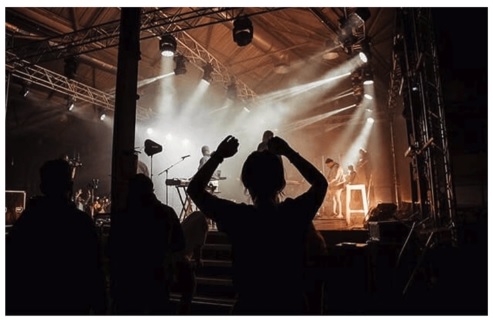 In this photo, a woman is backstage at a rock concert. She’s watching the band play from the side rather than from the front like the rest of the crowd. She has her two arms in the air and looks to be dancing. It also looks like she’s alone since there aren’t many people around her. The band is in
the background of this photograph, and it looks like there are five or six members all playing different instruments. I can see a few of them playing guitar and one on the keyboard. It must be a great concert. 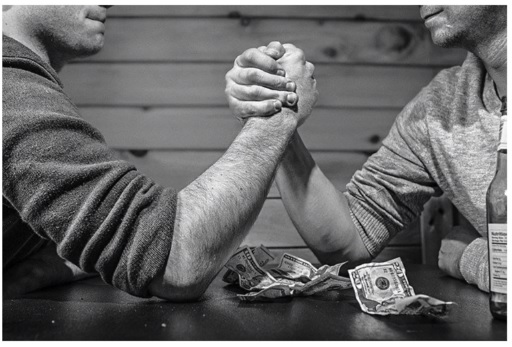 This photo shows two men about to begin an arm-wrestling match. Although you cannot see most of their faces, you can tell that the man on the left is more determined since he is pressing his lips together hard. This seems to be a group of friends having a party and playing some games. Their
friends have upped the stakes by making bets on who they think will be victorious. There’s a surprisingly large amount of money on the table for the bet. I guess that the man on
the left will win because, as I mentioned before, he looks more determined and serious.

Students can contact me for online training, Duolingo questions, and practice material. Contact me at gauravsaini24@hotmail.com for admission with the Duolingo test. You can also call/WhatsApp me on +917508676970 for more information.